Practice with the instructor: Guitar

Practice with the Instructor: Banjo

Theory From The Ground Up

Bury Me Beneath The Willow (10x)

Hand Me Down My Walking Cane (4x)

My Cabin in Caroline (4x)

Will The Circle Be Unbroken (5x)

Here is a list of songs played in 2019 at the Early Bird Bluegrass Jam Workshops.

There's some really good ones here! Check 'em out:

If you’ve been to a jam you’ve probably heard people calling One, Four and Five chords. These numbers refer to the Nashville Number System. The system offers an easy way to convey chord progression information to others in the jam circle.

One, Calling chords by their numbers, not letter names.
If you choose to call chords by their letter names, keep in mind that all the letters, except F, end in the vowel ‘E’. If I call G, C, and D, for instance, the person across the room could be hearing D, G, and A (Or E, E, E). Using numbers instead of letters will help you avoid some confusion.

Two, Bridging the capo divide.
If a jammer is using a capo , it is especially important to use numbers, not letters. The classic scenario is a guitar player using a capo at the second fret calling out a G chord because the fingers are shaped like a G, when in fact the capo is making their instrument sound in A. Believe it or not, with all the distractions at a jam it’s an easier mistake to make than you think. Nevertheless, it can cause some real confusion. Bass players, fiddlers and mandolinists do not generally use capos, but guitars, banjos and dobros do. Using numbers not letters gives everyone the chord information in the same language.

Nashville Numbers can also be used to transpose a chord progression to other keys. This is especially useful if you are a singer and want to find the best key for your voice.

What do the One, Four and Five numbers refer to?

Scale degrees. In music theory, the term scale degree refers to the position of a particular note on a scale relative to the tonic, the first and main note of the scale from which each octave is assumed to begin. Every major scale has seven notes. We assign a numeric value to each note, numbering each note in relation to it’s distance form the tonic, or the One. For instance, in the G scale, (or key of G), G is the first letter and therefore the first degree of the scale. The note C is four notes from the G, therefore is the fourth scale degree.

Each degree is also the root of a chord that can have a Major or minor quality, based on it’s position in the scale. Here is a simple chart of the seven notes and degrees of a G scale.

Once you know the notes in the scale and the scale degrees, a chord value can be assigned.

Here’s what happens when we add those values.

You Need To Know

These should be memorized.

Next level:
How can numbers help me transpose?
Why are there seven notes to all the scales when there are 12 notes altogether? Why do some keys have sharps and others flats?
What are keys and how can they help me?

If you want to find out more, I will be offering my theory class: Theory from the Ground Up scheduled for spring 2020.

Will the Circle Be Unbroken (G)

Hold Whatcha Got (A)

All the Good Times are Past and Gone (A)

Lamp Lighting in the Valley (G)

The difference between a three-quarter time waltz and a power waltz.

(We jammed on All The Good Times Are Past And Gone and Kentucky Waltz.)

A three-quarter time waltz (3/4) is characterized by a bass note on the downbeat and strums on beats two and three. Think: Bass/strum/strum or Oom/Pa/Pa. This type of groove is usually played at a slower tempo. Tennessee Waltz and Kentucky Waltz are good examples.

A power waltz is sung at a faster tempo that emphasizes the downbeat of ‘one’. It is still in three quarter time, but beats two and three receive less accent.

Ocean of Diamonds and All the Good Times are Past and Gone are generally sung as power waltzes.

Of course, any waltz can be played with either feel. It is often up to the how the singer wants to phrase.

What we learned Part Two

It’s a hard habit to break, but for some reason when we play a fast song, there is a tendency to play louder. That is how most of us are wired. Unfortunately, as soon as the loud dynamic is set, we lose all nuance of the ensemble. We’re too loud. Everyone else is too loud. The banjo player is too loud. And now we have to play louder to be heard. Next thing you know your chord hand is mashing down the strings to match the energy level of the picking hand. It is a weird phenomenon.

Good news, though. This habit can be broken once we have more awareness of this tendency. Try this: Cue up a fast song that you like and play along with the track while keeping the volume really low. This will make you listen harder while keeping your picking/strumming in time. Your right hand will have to back off the dynamic while keeping up with the speed. By playing fast and quiet, you can develop better listening skills and increase your dynamic range.

Why should we break this habit? ‘Faster Means Louder’ is ruining our dynamic palate. By starting loud, we can get stuck at that dynamic and lose access to our quiet sounds. We lose the ability to duck under vocals and solos and our ears get fatigued quicker. Our fingers get tired from mashing down onto the fingerboard and we find it difficult to keep up.

Another great technique for rewiring the picking hand and fretting hand is playing louder with your pick hand while focusing on keeping the left hand relaxed. In general, the fretting hand will try to match the intensity of the picking hand. The fretting hand only needs to place the fingers behind the frets to produce the sounds we are looking for. Reprogramming this connection can save you tired fingertips, string changes, and costly fret replacements.

Let's Jam: Intermediate Bluegrass Jam
Tuesdays 7-8pm at Guitar Associates
Jan 30
Feb 13, 27
Mar 13
We will close our workshop series with a round up jam night at Apple Mountain Music.
Tuition
$135 (plus tax) per workshop
Special Discounts and Deals
-Want to take two classes? Take the second class for $110 plus tax.
-Current students are eligible for the $110 discount on all classes. 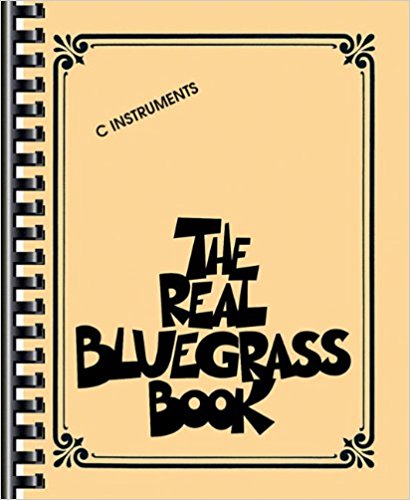 Here is the official book of the Bluegrass Early Bird Slow Jam.

If it's in the book, you can call it.

And please, no Wagon Wheel.

The fall Jam and Band Scramble is in full swing. Watch out!!

See you at the show on December 10.

This is the best advice for surviving a jam session.

Take a deep breath. Go back to the One chord and wait.

Listen to the rhythm players. Most importantly, Don't Panic! 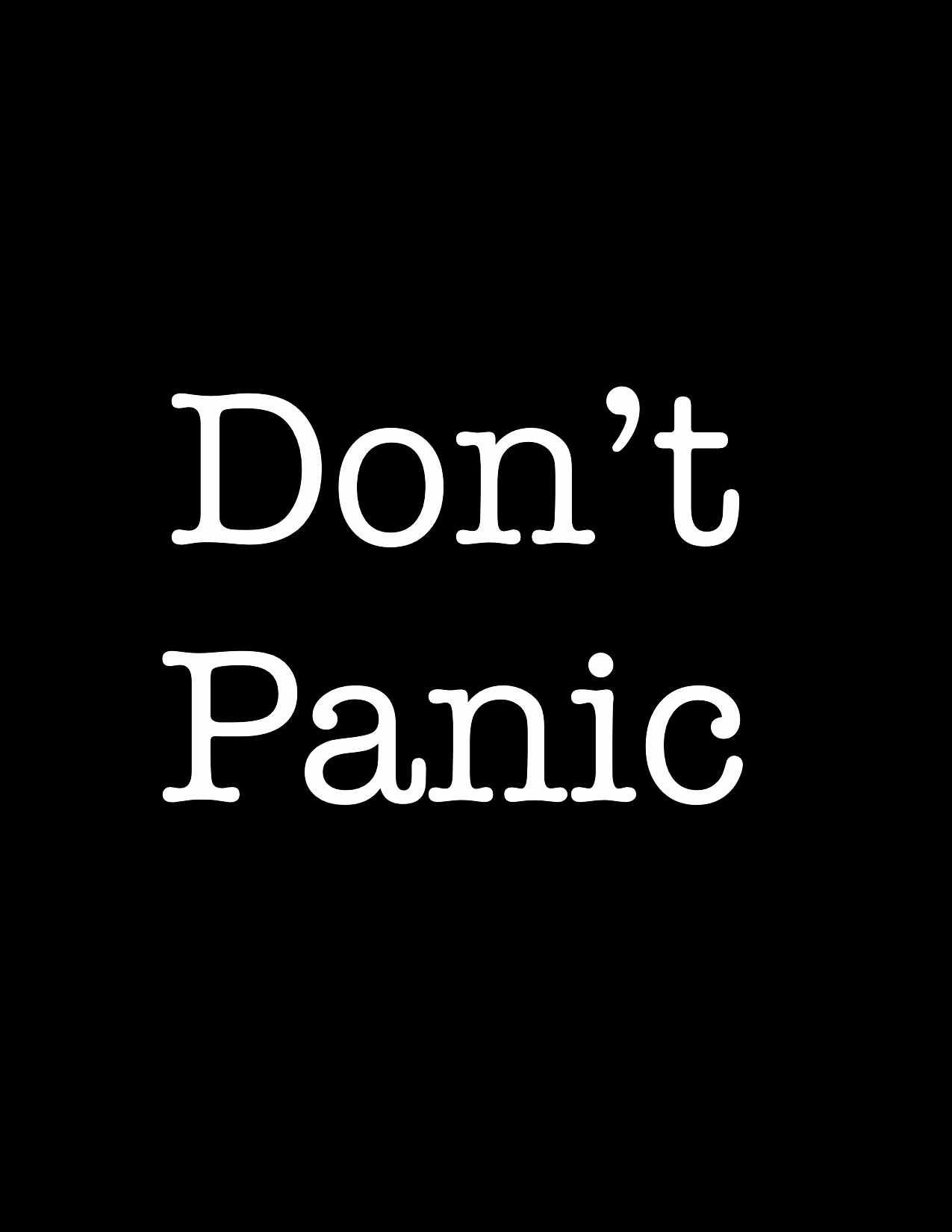 Here is the playlist from our jam in October

I Saw The Light

The Girl I Left Behind

Red Wing and Whiskey Before Breakfast for starters.

We had a great jam at Apple Mountain Music Saturday.

Banks of the Ohio

Bury Me Beneath The Willow

This Land Is Your Land

It was great seeing some new faces. Jamming is a fun way to get a lot of chord practice and learn a lot of new songs.

Red Wing has been called many times now, so if you haven’t learned it, get going! Whiskey Before Breakfast is another tune that gives jammers that deer in the headlights look. Get those chord progressions down for next time.

I was really impressed with how much progress people are making. There were some really nice breaks, some fine singing, and solid bass playing. Thank you all for continuing to support this jam at Apple Mountain. See you next month.

As always, thanks to everyone that showed up to play. We always seem to get the right number for that room. Some really good jam tunes got called today. We jammed on Mountain Dew

My Home’s Across The Blue Ridge Mountains

I Am A Pilgrim.

It was a good combination of songs and fiddle tunes. If you want to jam with groups, you gotta make sure you know your chords for fiddle tunes. Cherokee Shuffle and Whiskey Before Breakfast are complex in their chord progressions, so they are good ones to practice. I would consider Blackberry Blossom and Arkansas Traveler to be in the same category.

Next Early Bird Bluegrass Slow Jam will be meeting Second Saturday in August.

The room is booked for the jam 9-10am. I’ll sometimes go a little over if we can get a few more tunes in. We start up pretty much on time.

If you want to join us, you are welcome to.

This email address is being protected from spambots. You need JavaScript enabled to view it.